The Islamic Republic of Pakistan celebrates its platinum jubilee of Independence Day on 14th August 2022. 75 years is a long time of sovereignty. Which started on 14 August 1947 by dividing British India into two new provinces Pakistan and India.

The people of Pakistan celebrate this day by honoring and dignifying the freedom fighters and their supreme leader Muhammad Ali Jinnah, who was the frontman behind the origination of the Islamic Republic of Pakistan.

History of Independence Day of Pakistan

Pakistan has a lavish history behind Independence. Which holds the separation of British India. This partition caused two newborn countries to be born in Pakistan and India in 1947. These two were divided by the religions Muslim and Hindu. Where the Muslim majority settled in Pakistan. The Hindu majority settled in India.

The Pakistan region was under British rule for almost 200 years named the British Indian Empire. This ruling started in 1757. Right after the British East India Company won a battle. They won the Battle of Plassey. After World War 1, the independence movement started. Muhammad Ali Jinnah led the movement from the front. He was the chairperson of the All-Indian Muslim League.

After passing the Rowlatt Act, British Indian leaders started demanding self-rule. As part of the independent movement, people of all of British India were participating in the non-violence and non-cooperation movement against British Rule. 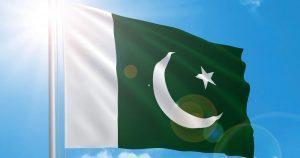 The official celebration of Independence starts in Islamabad by hoisting the national flag at the parliament house of Pakistan. Following this event, 31 gun salutes take place in the capital. President and prime minister deliver speeches on live telecasts. Addressing the progress, and achievement of the country throughout the year.

Government buildings are decorated with lights and colors on this occasion. The Pakistan Army exchanged guard of honor at the national monument. Pakistani militants participate in the independent day parades.

National leaders deliver speeches, join in seminars, and talk shows. Flag hoisting ceremony is held at many government institutions. National flags are raised on important roads. Along with political party leaders, public figures also share their greets on this occasion.

Many shopping malls announce independence day sales for the whole month. Clothing brands launch their independence day special collection in August. The day began with a prayer for the nation in the mosque. General people attained the independence day parade. People like to dress in the color of their national flag which is white and green.

There are food festivals, competitions, and cultural contests on the occasion of this day. Fireworks take place at public functions. People organize music concerts, dance shows to celebrate this day.

Broadcasting media plays a huge role in the celebration. They play patriotic songs, on-air patriotic dramas, and films. Organize talk shows with famous leaders and celebrities to celebrate this day. Print media also publish special articles and magazines on the occasion of this day.

It is a tradition to issue messages to the people of the country by the President and Prime minister of Pakistan. Every year they deliver speeches on this day.

Prime minister Imran Khan on the occasion of independence day said “Pakistan was “a glorious dream” of an Islamic welfare state where the law was supreme and everyone had equal rights regardless of their race, caste, or religious beliefs.

Hard work and determination were needed to realize this dream, the government was now working towards achieving the vision of the forefathers. He also added “We have avoided a huge crisis because we did not default. But I know it has not been easy for the people, I understand the difficulties they faced and still are facing.”

President Dr. Arif Alvi also said in his speech that Pakistan has “defeated the terrorism despite heavy odds. We have overcome the menaces of terrorism and extremism.” He also expressed solidarity with Kashmiris and reaffirmed “Pakistan’s support for them in their cause”.

“Independence Day is a governmental day in Pakistan. We celebrate it like a national festival every year. This day symbolizes liberty from British Rule. Which occurred 74 years ago on 14th August 1947.

Our great leader Muhammad Ali Jinnah was our first governor-general. Because of his leadership, we are independent. The freedom fighters’ sacrifices gave our country freedom. It was not easy.

Freedom took 100 years to be ours. 100 years of struggles and 100 years of fighting resulted in liberty. So, Independence Day is an important day for our country. On this day we memorize our leaders and our freedom fighters.

It is important to celebrate this day. We can not forget our forefathers, our freedom fighters’ sacrifice. Today on the 75th Independence Day of Pakistan we honor our heroes. Without them, we could not have an individual identity as a country. 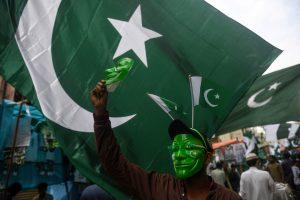 In case you are looking for an Urdu speech to prepare for yourself then watch these YouTube videos below to have ideas.

A salute to the nation

Of heroes who fought with courage

Wish you a Happy Independence day

May we safeguard our freedom in today’s age

Here I am wishing,

Our dreams of a new tomorrow come true,

For us…Now And Always!