Bhutanese celebrate the birth anniversary of their 3rd Druk Gyalpo(Dragon King) Jigme Dorji Wangchuk on the 2nd of May every year. This day plays an important impact on the people of Bhutan. Since King Jigme Dorji Wangchuck is the man behind today’s modern Bhutan. People pay honor to their late king on this day.

Late King Jigme Dorji Wangchuk was born Bhutan’s second Dragon King Jigme Wangchuk and Queen Phuntsho Choden. He was born on the 2nd May of 1929 in Trongsa’s Thurepang Palace. He studied British manners in Kalimpong. Later he took a study tour to Scotland and Switzerland. He got inspired by foreign countries for Bhutan’s suitable adaptation.

He was assigned as Trongsa Dronyer in 1943 and 1950 he was upraised as 25th Paro Penlop. He got married to Kesang Choden Wangchuck in 1951 in Garden Palace, Paro. King Jigme Dorji Wangchuk’s father died in 1952. He took his father’s place the following year. His coronation took place in Punakha Dzong.

Jigme Dorji Wangchuk is called the father of modern Bhutan. He is the man who is the architect of present-day Bhutan. He turned Bhutan toward parliamentary democracy from absolute monarchy. He worked with countries’ economics. He built new hospitals and roads. He made political and social changes in Bhutan.

Along with modernization Jigme Dorji Wangchuk also worked on preserving the country’s cultural heritage and natural habitat. He also established a new ministry during his ruling in 1968. He ruled from 1952 to 1972. In these 20 years of ruling, he focused on building a world-class country.

He played numerous roles in nowadays Bhutan’s culture and educational evolution. He also did a vital job by developing infrastructural development in the country. He focused on diversifying the relationship with other countries. As a result, he has a great relationship with India and a good economic relationship with Bangladesh. In his ruling, Bhutan became the United Nations 125th member. 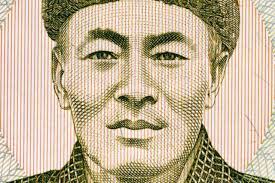 People of Bhutan pay tribute to their third Dragon King on his birthday. They pray for His Late Majesty King Jigme Dorji Wangchuck. In his honor, Bhutan celebrates Teachers’ Day on his birthday. Because he established so many schools all around Bhutan and took a step forward to modern education from the religious education system.

His birthday is a holiday in Bhutan. People remember him on this day. Educational and private institutes remain close on this day. The government alongside the people of the kingdom celebrates his birthday with great joy.

The entire country is soaked in a gathering state of mind and I wish we keep on praising this day and appreciate and continue making recollections. Happy Birth Day to our Majesty Late King Jigme Dorji Wangchuk.

Thanking our previous ruler during the current day and for his deeds towards the country, we feel obliged to be under his administration. Upbeat birthday to the late king and an extremely merry happy birthday to him.

A day of festivity for the entire country, where we unreservedly party, meet individuals and even the lord traversed the country and meets his people. Happy birthday the late king.

His Late Majesty bears a name whose life is exemplified in the endless commitment to a people who have come to view him as their ruler with unswerving devotion to their motivation, and to whom they have sanctified their unfailing loyalty. May the master favor lord with success and the country keep on developing in his direction.

We as a whole wish the lord an exceptionally sprightly birthday and our appreciation that we are developing in his direction. Happy Birthday to the Late King.

What are kings, when regiment is gone, But ideal shadows in a daylight day? Glad the 3rd Dragon King’s Birthday to the country.

It is their capacity, their magnificence, it is the misgiving of the individual outcomes of their support or their disdain that stuns the creative energy and suspends the judgment of their top picks or their vassals. Happy 3rd Dragon King’s Birthday to the country.

The Sovereign has, under an established government, for example, our own, three rights – the privilege to be counseled, the privilege to support, the privilege to caution. What’s more, a ruler of extraordinary sense and savvy would need no others. We had been honored with a lord with a dream for the country. Cheerful birthday late ruler and upbeat 3rd Dragon Kings Birthday to the country.

Learn more about festivals and events in Bhutan: