Buddha or Gautam Buddha was born in Lumbini, Nepal, about 2000 years ago. His father was King Suddhodana, and his mother was Mayadevi. He was named Siddharth Gautam after birth.

After he was born, a sadhu saw him and prophesied that this child would become a king or a perfect spiritual practitioner. He warned the king that the prince should keep himself away from worldly cravings and materialistic bonds. According to Buddhist religious books, Sidharth realized that materialistic wealth could not be the primary purpose of life, even with all the indulgences in his life.

It is said that when he was twenty-nine years old, Sidharth once went out of the palace and found an older man, a sick man, a dead man, and a monk. Seeing these sights, Sidharth decided to give up his majestic life and live a monk’s life. Sidharth left the palace one night without telling his family.

He then walked in the path of spirituality, and soon he gained actual knowledge under the Bodhi tree in Buddhagoya, Bihar. Since then, his devotees have been observing his birthday as Buddha Jayanti, Buddha Purnima, or Vaisakh.

Buddhists celebrate this festival as Buddha Jayanti or Buddha Purnima because this day is related to three important events of Gautam Buddha’s life. Buddha was born in 623 BC. On the same day of 588 BC, he accomplished aptness. He also received the great Parinirvana on the same day of 543 BC. Lord Buddha started Buddhism through his Buddhahood. 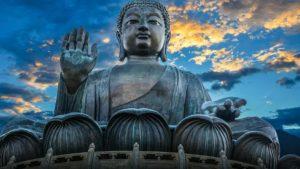 On Buddha Jayanti, Buddhists organize various events, including Buddha reverence, Panchashil, AshtaShil, Sutra-hearing, combined Prayer, and different stoics. They worship Buddha’s memory and the memorial. Aside from the rituals, numerous social, traditional, and religious events are also arranged. Ministerial meetings are arranged in the Buddhist Pagodas, including conferences on multiple aspects of Buddha’s remarkable life.

Followers of Buddhism perform several rituals on the occasion of Buddha Jayanti. The Buddha’s devotees get up early in the morning and take a holy bath and start celebrating his birth anniversary. People clean their houses on this day and spray the sacred water of the Ganges river. They decorate the house with flowers and leaves.

Buddhists read the religious scriptures and go to the Buddhagaya. They also worship the Bodhi tree. Colorful flowers are tied to trees, and devotees pour milk and water at the tree’s roots.

Buddha Jayanti is also known as Buddha Purnima because people celebrate on the full moon’s day. The full moon of Vaisakh coincides with the April-May month of the Georgian calendar. People consider Lord Buddha as the 8th incarnate of Lord Vishnu. Followers also believe he attained his salvation and enlightenment on the same day.

The devotees believe that bathing in the morning on the full moon of Buddha Jayanti gives salvation from all sins. Many people donate and feed the poor. Every year, a large number of devotees from all over the world come to Buddhagaya.

The main celebration of Buddha Jayanti is hosted by BuddhaGoya village of Bihar, India. It is one of the most consecrated Buddhist excursion destinations. First, you have to come to India to visit Buddha Goya. Bihar has an international airport. If your local airport has direct flights to Bihar, then directly come to Goya International Airport Bihar.

After reaching the airport, complete the immigration process and leave the airport. You will find Taxis and cabs, which will directly take you to the Buddha Goya. 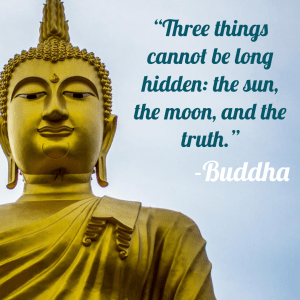 Some teachings of Buddha you can implement in your life

Buddha was a man of character. He has set a lot of examples of simplicity during his life. You can try to implement his teachings in your life. Here are some of his teachings everyone should follow:

“It is better to conquer yourself than to win a thousand battles. Then the victory is yours. It cannot be taken from you.”

“If you knew what I know about the power of giving you would not let a single meal pass without sharing it in some way.”

“Learn this from water: loud splashes the brook but the ocean’s depths are calm.”

“You only lose what you cling to.”

“The past is already gone, the future is not yet here. There’s only one moment for you to live.”

“The trouble is, you think you have time.”

“Your work is to discover your work and then with all your heart to give yourself to it.”

“Believe nothing, no matter where you read it, or who said it, no matter if I have said it unless it agrees with your own reason and your own common sense.”

“The tongue is like a sharp knife… Kills without drawing blood.”

“Teach this triple truth to all: A generous heart, kind speech, and a life of service and compassion are the things which renew humanity.”

“We are shaped by our thoughts; we become what we think. When the mind is pure, joy follows like a shadow that never leaves.”

Buddha Purnima is the most significant festival in Buddhism. Followers of Buddhism consider this day as a way of salvation. They try to give their life a new start. Besides, they enlighten themselves with the teachings of Lord Buddha. If everyone starts leading their life like Gautam Buddha, the world will become a better place.