Buddha’s Birthday is one of the most significant religious events in Buddhism. Nowadays Buddha’s birthday celebration has become a part of the cultural event also. Throughout this specially designed blog post, we will talk about the history, significance, and some amazing information about this very special day.

What is Buddha’s Birthday?

Before moving to this question, we need to know some valuable information about the person named  Gautama Buddha.

Gautama Buddha’s Birth name was prince Siddhartha Gautama. He was born in an ancient time in the Indian subcontinent. Gautama was a well-known philosopher and a great religious leader during that time.

As Gautama Buddha is the founder of Buddhism, the Buddhists celebrate his birthday from around the world with great religious value and aspiration. And the birthday festival is well known as Buddha’s Birthday.

The actual date of Buddha’s Birthday

People are celebrating Buddha’s Birthday since the ancient period. But the issue is that the birthdate is counting down on the Asian lunisolar calendar. As a consequence of this Buddha’s Birthday period changes from time to time in accordance with the Georgian calendar. So, this significant day has been commemorated in a different time zone.

Around the world, Buddha’s birthday has various names. The most useful names are Buddha Purnima and Buddha Jayanti.

Buddhism was spared all around the world from ancient India. In different parts of the world, Buddhism is practiced in different ways. As a consequence, this special day also has many different names around the world. In India this Holy day is celebrated as Visakha, in China, it’s known as fó dàn, in Vietnam Phật Đản means the birthday of Buddha’s Birthday.

The Significance of Buddha’s Birthday

Buddhism is the belief that Gautama practiced during his lifetime. He delivered his philosophical thoughts and aspiration for the betterment of humanity.

Later, Gautama’s way of life has been followed by millions of people around the globe.  His followers always believe in peace and humanity. They remember their spiritual leader with due respect and aspiration.

Buddha’s Birthday celebration has been a significant rare occasion for the Buddhists people. It’s pretty clear that Gautama’s none appearance in this world might have been the most unfortunate thing to human civilization. Undoubtedly he is one of the most influential personalities in human history.

Apart from the religious aspects, Gautama’s birthday has some other significance too. Buddha’s Birthday always reminds us all the following things.

Buddha’s Birthday in modern times has been celebrated in different parts of the world. We may find many dissimilarities based on different cultures and regions. But the main message Of this Holiday is the same around the world. Each year Buddha’s birthday comes with the same religious integrity and aspirations for us. Day by day the number of Buddha’s followers has been increasing. 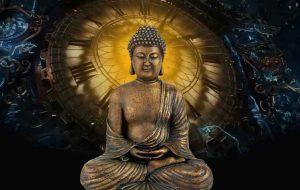 Buddha’s Birthday celebration in different parts of the world

As Buddhism is the primarily followed religion in different countries. This Holy festival is celebrated in many extraordinary ways with lots of fashion and energy in different parts of the world.

China is the country with the largest number of Buddha followers. Buddhism along with Taoism and Confucianism are the primary religious or philosophical traditions of ancient China. Many monks, little toddlers, and mass people participate in a sacred ceremony in the Temple.

In Myanmar around 90% of the population is Buddhists. The history of Buddhism in Myanmar is almost 2000 years ago. Myanmar has more pagodas than all other countries. Buddha’s birthday has been celebrated here with great enthusiasm and expectations of a bright future.

Bhutan is one of the Asian countries where Buddhism is practiced for thousands of years. People here celebrate buddha’s birthday to honor the contributions of Gautama Buddha.

Koreans participate in rallies to celebrate the holy day. The rally starts at sunrise and completes by showing tribute to the great man Gautama Buddha.

Sri Lanka is a country where Buddhism has been considered one of the most significant religious beliefs. They celebrate this day with great hope and new aspirations. Gautama Buddha’s main religious practices can be found in Sri Lanka.

In countries like Japan, Mongolia, Thailand, Singapore, India, and Vietnam Buddha’s Birthday carnival is commemorated with great interest and respect. In the United States and the United Kingdom, the Buddhist community arranged a huge rally to pay tribute to Buddha.

In today’s world, Buddhism has become the fourth-largest among all the other religions. Through generations and generations, his Holy messages are moving forward in an enormous way.  Buddha’s birthday reminds us that the Holy Spirit and the characteristics of ‘Gautama Buddha’ will blossom until the end of this world.