Folk music is one of the most special genres in the music kingdom. This genre of music has a special style of singing according to the country or community. Folk music shows the life of the rural people, the happiness, and the sorrow. Folk music does not need a lot of instruments. Tune and speech are the main attraction of folk music.

According to the Bengali language, the ancient symbol of music is Charyapada, where songs were written between the ninth and twelfth centuries. There were four types of music trends in the past. They are Udgrah, Melapalok, Dhruva, and Ovog. Udhgrah and Dhruva existed in all types of songs; the other two were not compulsory. People used to call music ‘Prabandha Geet.’

After the charya music, the most notable Bengali music was Nath Geet, which is almost contemporary to the Charya music. The only difference between Charya music and Nath Geet was the style of singing. These songs used to be sung in the form of poems or Panchali. In the 12th century, the Geetgobindum, written by Jayadeva, was very much appreciated in Sanskrit literature. 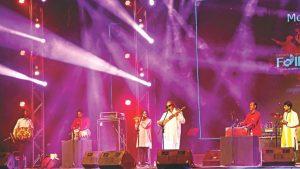 The folk music genre of Bangla music is very rich. We need to name Baul, Gamvira, Bhatiali, Bhawaiya, Kavigan, Kirtan, Gajan, Vadugan, etc. in the top category. Besides, we should also mention Jhumur, Ghetu, Sari, Baromasi, Meyeligeet, Chokchundri, Dhamgan, khanagan, and Chorchunni. The most popular Bengali songs are associated with a sweet story.

The most popular folk songs in Bengal are The Baul music. The main theme of Baul music is nature. Also, Baul songs are composed of spirituality, love, philosophy, body science, etc. This music genre has a remarkable influence on both the Vaishnav and Sufi communities. Lalan Fakir was a shining star of the Baul genre. The songs of Lalan are called the Lalan songs. Balu songs are sung directly. They don’t have any written form. Basically, the Baul is sung using Ektara.

The most popular folk music in North Bengal, especially the Malda district, is The Gamvira. The song genre also includes dance. The Gamvira genre was created long before the existence of the ancient Gaudiya community.

According to the scholar, Gamvira music has two types; Primary and narrative Gamvira. Primary Gamvira is all about gods and their influence on human life. And the social problems of human beings are highlighted in the Narrative Gamvira.

Boatmen mainly sing Bhatialo songs. They sing Bhatiali songs in a sweet tone when rowing the boat. The word Bhatiali came from the ‘Bhata,’ which means low tide. The lyrics of these songs are usually about boating, fishing, and rivers. The 1930s and 40s were the supreme and golden periods of Bhatiali music.

Bhawaiya is the popular music genre of the Rangpur district. The songs are also popular in Assam. Bhawaiya is the song of the Rakhals(shepherd). They sing this song while they feed cows in the field. The lyrics of these songs are usually about the work of the shepherds. The tune of Bhawaiya songs has a sweet feeling.

Dhaka International Folk Fest is the biggest folk music festival in Asia. Sun Foundation has been organizing this festival since 2015. Every year, popular folk artists from different countries, including Bangladesh, participate in the festival.  Artists from more than 17 countries join this mega fest.

Even in the days of modern music, this fest has attracted both the young and old generations to enjoy this beautiful genre of music. This carnival once again raised the possibility of the Folk Music revolution. This festival has become one of the greatest folk festivals in the world. 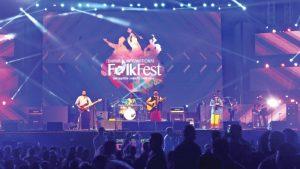 Importance of Folk Music and this fest

Folk music says about the rural people and the neglected people. They express the emotions, happiness, and pain of the people. But this genre of music has been slowly vanishing from existence. So, an initiative like Dhaka International Folk Fest should always be cherished. They are trying to attract the young generation by organizing this event, and I think they are successful in their mission. A huge portion of the crowd at the event is from the young generation. This fest is doing a lot to save the folk music of Bangladesh.

Folk music has been flowing for thousands of years in the culture and tradition of Bangladesh. This music series is mixed with a deep vision of life, spirituality, love, and the smell of clay. They express our life; they talk about our culture. And we should do everything to save this section of our culture.