Ganesh Chaturthi is one of the most prominent religious celebrations of Hinduism. It is also a day of cultural unity in India. It is thought that Lord Ganesh arrived on earth on this day. People celebrate this day by installing Ganesh idols in homes and temples. It is a national holiday in India. The next Ganesh Chaturthi will take place on August 31, 2022.

The Maratha rulers continued the same Ganesh Festival sequence, and the Peshwas also celebrated the festival following the same rituals. Since Lord Ganesha was the totem of the Peshwas, they made him Rashtradeva. The Hindu people only celebrated this festival till 1892 during the British reign.

One day Lord Shankar went to Bhagabati to take a bath. It is said that, after he left home, Mother Parvati made a clay doll from the dust of her body. She gave the doll life and named him Ganesha. Parvati ordered him to guard the house and told him not to allow anyone to enter the house before she comes out.

When Lord Shiva came back home after bathing in Bhogawati, he started going inside the house. But Bal Ganesh stopped him because Ganesh did not know anyone other than Goddess Parvati. Lord Shiva thought he was being humiliated, so he separated Lord Ganesha’s head from the neck and went inside.

When Shivji arrived inside, he was outraged. Parvati thought he was irritated because of the delay in the food. So she immediately served food on two plates and called Lord Shiva and urged him to eat. Seeing the second plate, Lord Shiva asked Parvati why she served a second plate.

Parvati replied that this plate is for her son Ganesha who was guarding the front door. Lord Shiva became shocked to hear this and said he had separated that child’s head from his neck. Parvati was saddened and mourned after hearing this, and she asked Lord Shiva to resurrect her son.

Lord Shiva then cut the head of a baby elephant and attached it to Lord Ganesha’s body. Parvati became very happy as she got her son back. The whole occurrence took place on Bhadra Shukla Chaturthi. So, every year people celebrate this day on the Shukla Chaturthi of Bhadra month. 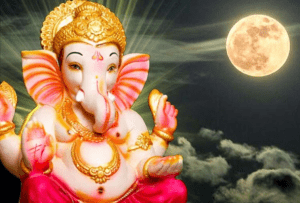 Like other religious festivals, Ganesh Chaturthi also needs some rituals to be followed. Devotees try to fulfill these requirements to dedicate themselves to god. People clean the place where Lord Ganesha will be placed beforehand. Then they put a red robe on the platform to place the idol of Lord Ganesha.

Then they clean the upper part of the robe and put the Ganges water on it to sanctify the place. They prepare the ingredients of reverence and again put a yellow cloth on top of the red cloth.  Then, they enthrone the statue of Lord Ganesha on the yellow fabric.

They light lamps and burn Agarbattis continuously as long as Ganesha is staying in their home. They put a red kumkum Tilak on Ganesha’s forehead and offer rice, Durwa grass, and flowers. Then they recite Ganesha praise and Ganesh Chalisa. After Aarti, they offer Ganesha with fruits, Modak or sweets, etc. Lord Ganesha is fond of Modaks.

After the 1857 revolution, the British Empire had made such stringent law named section 144 in 1894. The Indian government still follows section 144 sometimes. This law did not allow more than five Indians to gather at a place at the same time. Also, Indians were not allowed to demonstrate or form groups.

Tilak warned the British police not to arrest him because, according to the law, the police can only detain the mob from political functions and not from the religious festivals. Thus, the people celebrated the Ganesh festival from 20-30 October 1894. Tilak Ji used to invite different noble persons every day to deliver a speech. Lord Ganesha gave them the power to clinch independence.

Eleven idols of Ganesh were established in Pune in 1894, and the next year the number crossed 100. After that, the Ganpati festival gradually spread to the big cities near Pune like Ahmednagar, Mumbai, Nagpur, etc. This effort played a significant role in uniting people in the freedom movement. 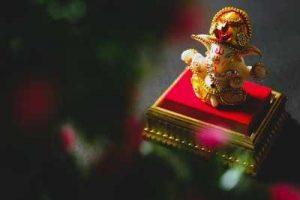 Ganesha Chaturthi is considered among the most awaited festivals in India. People wait for the whole year to welcome Lord Ganesha to their households. They celebrate it with their family members and relatives and make their bond even more substantial. Besides, Ganesh Chaturthi played an essential role in India’s independence from the British rulers. So, This festival is not only important to the followers of Hinduism but to the whole nation.

Makar Sankranti – An All Indian Festival

Kali puja is a symbol of wisdom and enlightenment