On 26th March 1971, the country’s highest leader Sheikh Mujibur Rahman declared the independence of their country that Bangladesh is a sovereign country and they are no longer part of Pakistan.

West Pakistan’s leaders were aware of the situation in East Pakistan. After several dissimulations on the late night of 25th March, West Pakistan sends away the Pakistani army in East Pakistan for street killing and operates the operation in the name of ‘Operation Searchlight’. 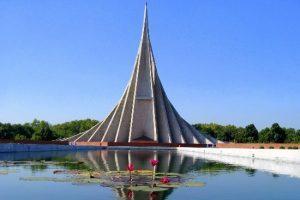 This day memorializes the declaration of independence. Natively they call this day ‘ Shadhinota Dibosh’. It is a national holiday. The government of Bangladesh starts the celebration at dawn with 31 gun salutes. Then it is followed by parades at national and native stadiums.

President delivers a speech in the national stadium on independence day. From officials to general people, people from every area pay tributes to the martyrs who gave their life away in the shake of the country’s independence in the National Martyrs’ Memorial known as Jatiyo Smriti Soudha.

As it is a public holiday, people enthusiastically wait for this day. There are fairs, concerts, ceremonies, etc. Capital city Dhaka puts on a festive look. Broadcasting media broadcast special programs. You can hear patriotic songs everywhere you go on this day.

Every place is decorated with national flags. Often charities are held on this day to give to poor people. Political parties distribute free food to people. Cultural organizations often offer a special prayer for the martyrs. Novel people mostly attend cultural programs and theater on this day.

Apart from mourning martyrs, it is a joyful event in the history of the country. So various kinds of sports are held on this day. Such as cricket, football, volleyball, Kabadi, boat race, etc. Mostly all this game takes place natively in the district or union. People enjoy them so much.

2021, The Golden Jubilee of Independence

As they have a historical relationship among themselves and they also bond in this affair of the Bangladesh Liberation War. The Foreign Ministry of Bangladesh has confirmed celebrating the 50th year of independence with their friend India.

The Declaration of Independence was the initial footstep to making this country what it is right now. Without declaring independence, Bangladesh could never gain victory. This is why independence day is essential for the nation. To celebrate the right decision made by their supreme leader

It can be seen that Bangladesh celebrates two national days a year. One is on 26th March and another one is on 16th December. They call 26th March their Independence day and 16th of December their Victory day.

Messages from the Highest Leader of Bangladesh

The President of Bangladesh issued a message about observing the independence day in 2021. He said, “The golden jubilee of our independence will be observed in 2021 with great enthusiasm. Bangladesh will enter a new chapter – a new horizon. With the concerted efforts of all, let our beloved motherland be a poverty-free developed one; it is my expectation on Independence Day.”

Prime minister Sheikh Hasina also published a message, “Let us unite in the spirit of the great War of Liberation and maintain the continuation of development and democracy by facing any sort of conspiracy. Let us transform Bangladesh into a safe and peaceful home for the next generation. This should be our firm commitment on Independence Day”, She said. 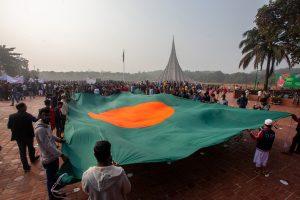 People really look forward to celebrating independence day with their family, friends, and loved ones. They prefer sending wishes through a Facebook status or with an SMS. Here are some collections of Facebook Status/SMS below.

Whereat least I know I am free

And won’t forget the men who died,

Who gave that right to me

Stand up against the haters of Bangladesh!

Proud as I ever could be a Bangladeshi!!

Till our last breath, we will fight terrorism,

We will protect our country with all we have.

This is the day when the world is together

To celebrate this glorious day

This is the Day

We salute our National Flag!

Happy Independence day to all of my Bangladeshi friends!”

Faith in the words

Pride in our souls

But never can I

The flag of my Bangladesh

For we belong to Bangladesh, a nation of pride

And we will thus say-

Muslim-Hindu-Christian-Buddhist… We all are similar!

That our country is breathing this day

There is no anchor for national Independence.”

Let us celebrate and the enjoy freedom to live

Our national heroes who gave us freedom after suffering

Greetings for Independence day of Bangladesh.”

The spirit of the man and so it must be

Else like a flower cut from its life-giving roots

it will be wither and “

The sacrifices of the martyrs.

It’s time for us to unite and fight corruption

And bringing in reforms by starting a revolution!

Let us pray and fight to make every subsequent 26 March

And that is Independence Day..”

May we always remain independent.