The upcoming kali puja will be observed on Monday, October 24 of 2022.

Kali puja is an extraordinary religious carnival of Hindu followers. Some special quality has made this religious festival one of the most anticipated events of Hinduism. Traditionally, this holy event carries numerous vital lessons for all human beings. Throughout this writing, you will get all the most significant information about kali puja.

History and background of Kali puja

As we all know Hinduism is the most ancient religion in this world. But most of us have a rough idea of all the important religious events of Hinduism. Especially people who belong to other religions, don’t have much considerable amount of authentic knowledge about other religious beliefs and practices.

Hinduism being an ancient theology, the Holy event of Kali puja is so new. In fact, no practical existence of Kali puja celebration has not been found in the ancient period. The kali puja was first introduced in the 17th century.

Since then, it has been considered the main puja event of Hinduism. Nowadays the whole Bengal region of India, observes this Holy event with tremendous fashion and great aspirations.

Kali puja also has some other names too. The Shamya puja and the Mahanisha puja are the two well-established names. 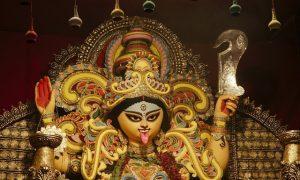 Balram was a nobleman and a great leading philosopher of the 17th century. In his devotional book named ‘Kalika Mangalkavya,’ there was some mention of the holy festival of Kali puja. This holy text mentioned that Kali puja is an annual carnival of Hinduism.

Since then, the kali puja has been established as an important event in Hindu culture.

Kali puja is a huge festival in the Bengal region

From the earlier establishment of kali puja in the Bengal region, this unknown religious event has become a huge part of Bengal culture and tradition.

From the beginning of the 19th century, King Krishna Chandra’s next generations continued to celebrate this festival on a large scale. All wealthy and elite classes started to celebrate the kali puja with much more enthusiasm during that time. Suddenly, this festival has become one of the most anticipated puja events after Durga puja in the Bengal region.

The celebration method of kali puja is similar to Durga puja. In kali puja, people honor the Goddess named Kali Mata. People make clay sculptures of Goddess kali. After the worship, the clay-made monument becomes a subject of sacrifice. The sacrifice ceremony is the very emotional part of the puja celebration.

The kali puja is a festival of sacrifice. As a symbol of sacrificing our egos and bad characteristics, we sacrifice animals. By sacrificing the blood of the animals the Goddess gets to calm down.

However, Kali Puja is not an ancient practice. But this holy event has now become a primary topic of discussion. The kali Mata used to stay with bad characters. For the betterment of mankind, she destroyed monsters and the evil spirit with her innocence. She was a calm character. A great housewife became the destroyer of monstrous characters to save her chastity. So, her sacrifice has a special value from the religious aspect.

Kali Mata was able to beat the monstrous characters because of the power of her chastity. A woman who has a great character like the Kali Mata will get the same benefits and respect of being a Goddess. So, kali puja’s value is high and very important. 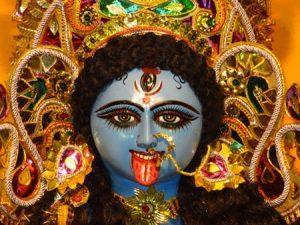 You know what! The kali puja is not only a festival of wearing good dresses or offering sweets. Kali puja comes with great lessons for all.

Kali puja also teaches us many more lessons. Mother kali is the spiritual symbol of the Goddess and normal women.

Kalighat temple, Kalikhetra temple, and the Kamakhya temple are renowned temples for arranging huge kali puja celebrations. Millions of people gather in these temples from all over India to honor Kali Mata and to perform this massive festival of Hinduism.