The next Maha Shivratri will celebrate on the 18th of February 2023 calendar year.

Why do people celebrate Maha Shivratri?

If you are a non-Hindu, you may be wondering about the celebration of this event. Let me remind you that Maha Shivratri is a spectacular religious event to honor the supreme Deity of Hinduism. The supreme Deity of Hinduism is Lord Shiva. So, this holy event takes place only to show respect and honor Lord Shiva. Maha Shivratri’s carnival is basically dependent upon the lunar calendar.

So, showing honor to Lord Shiva is a binding force for all followers of Hinduism. That’s why believers celebrate this event each and every year with a huge amount of expectation. Before moving to the part of the religious value of this occasion, we need to know about the history and background of Maha Shivratri carnival.

In general, it is believed that Lord Shiva possesses all the power. And he is the creator of everything. Shivratri arrives every month, but the main or supreme night comes once a year. Usually on that night the heavenly goddess dance and gets together. Worshiping Lord Shiva along with all other Goddesses is a ritual practice. And this ritual practice is commonly known as Maha Shivratri. 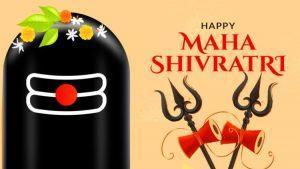 History and background of  Maha Shivratri

It’s quite impossible to find out the beginning dates of this ritual event. According to legends’ observation, this holy event is more than two thousand years old. Hinduism is believed to be the most ancient religion or practice of humans. You can rather argue that the Maha Shivratri was started in that early period of human civilization.

In many religious scriptures of Hinduism, the name of this holy event was mentioned. You can find the history relating to Maha Shivratri in several holy scriptures, such as Skanda Puranas, Padma Puranas, and Linga Purana. Other than these books, Rigveda also has various chapters relating to Lord Shiva’s description. It’s quite impossible to find out the actual date of the early celebration of Lord Shiva’s honorable festival.

On that particular night, followers join the cosmic dance and also do many ritual customs. This holy night is counted based on the lunar calendar system. The 14th night of the Phalguna (Indian calendar) month is the annual night of Maha Ratri.

The religious significance of Maha Shivratri

According to the Gregorian calendar, this holy event arrives during the month of February or March. Lord Shiva is the savior of his followers. He possesses all the great powers and abilities. Basically, Lord Shiva is the supreme authority of heaven and earth. Everyone is subordinate to him. If the Goddess is satisfied with the offerings of the follower, he may save them from all kinds of preservation and danger. Making him happy is the basic message of Shaivism.

Following Lord Shiva’s command and instruction, it is basically known as Shivaism. Shaivism is the general term for Hinduism. So, it’s mandatory to follow the orders of Lord Shiva and save yourself as a true follower. Lord Shiva signifies all the good work of his followers and decides their upcoming future. Showing loyalty through this type of event to the deity is a recognized way according to religion. Presenting honor to the deity is the fundamental duty of the devotees. The celebration of Maha Shivratri and honoring the supreme deity is very important. As a follower, you must take part in those religious occasions and satisfy your Lord. Doing many rituals is a binding force on all followers. Considering the fact and importance of Maha Shivratri, legend has already declared that night as the greatest night of Lord Shiva and also a special night in heaven as well as on the Earth. Lord Shiva’s story in many Puranas is briefly discussed.

Through meditation, followers try to find out the inner message of heaven. Lord Shiva is the symbol of overcoming ignorance and darkness. Chanting and prayers are a very ancient way of remembering the heights of the Goddess. Ethical improvement is the main focal point of all these holy festivals.

Awaking all night and visiting the temples is a common scenario in that period. Many people choose to fast as a religious duty. Special puja’s also organized on those very days. People participate in all these cultural programs and all religious customs with great aspirations. Charity works also increase on a large scale. The main intention is to make satisfy the Goddess. All religious and cultural programs carry different meanings. Also a way of learning the religion and learning a special message from heaven.

Such a huge occasion always arrives with many special messages and orders for the followers. Discovering the true learnings and hidden meanings is also a part of religious duty. Here are the special messages of Maha Shivratri.

So, it’s very important that followers must learn all the learnings of heaven. If followers can apply the learning in their life, the Lord will be their savior for them. 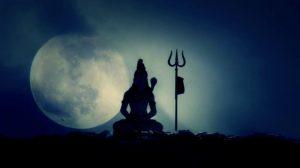 Celebration of Maha Shivratri in many countries

Approximately 1.8 billion people observe this holy night from all over the world. Millions of non-Hindu people also share the spirit of this carnival. In many regions of the Indian subcontinent, this occasion is done in various fashions.

In the Kashmir region, Shaivism is mostly known as Har-Ratri. That indicates the supremacy and dedication of Lord Shiva. Self-study of Lord Shiva’s life is a common practice in this region.

In West Bengal, Tripura, Maharashtra, and Tamil Nadu celebrate this festival at night times. During the daytime, many spectacular rallies also take place by the followers. Sometimes, controlling the crowds becomes very difficult in those rallies. Many people also die in the worst-case scenario. Sacrificing animals as a symbol of giving blood for the rituals is also a very common scenario in those regions.

Outside India, this holy festival is gigantically organized in Nepal. Nepal has the most Hindu followers after India. The temples of the country get very crowded. The government holiday was also declared for the betterment of the celebration. That increases friends and family time.

Pakistani Hindu community also celebrates this occasion from a very ancient period. Very spectacular scenarios also are seen from the Shree Ratneshwar Mahadev Temple in Karachi. You will be astonished by hearing that almost 30000 devotees participate in Karachi’s fest. Also in some other areas of Pakistan Hindu community performs this ritual.

Other than India this fest also takes place in various locations. The Hindu community of Bangladesh, Thailand, Surinam, Europe, and the United States also continuously carries the wave of an ancient customary rule.

The religious event comes to us with a view of important messages of brotherhood and dignity. Spreading the message of true spirit is our duty. I hope this article has provided you with all the important information about Maha Shivratri. We will be coming back with another mesmerizing cultural and religious post. Better wishes for your future. And don’t forget to make your comment in the comment section.