Makar Sankranti is one of the most prevalent traditional carnivals in India. It is generally celebrated on the 14th of January or a day before or after that. But the festival period differs based on the state.

This carnival has various names in different states. This festival is known as Poush Sankranti in Bengal, Pongal in Tamil Nadu, Uttarayan in Gujarat, Vogali Bihu in Assam, Lohri in Punjab, Hariyana, Himachal, and Jammu, Makar Sangkraman in Karnatak, Shayen Krait in Kashmir, and many more. It does not matter whatever name it holds; It is one of the monumental festivals in India.

According to Indian astrology, Sankranti is a Sanskrit word. It means the sun is entering one Rashi from another. Rashi means zodiac signs. There are 12 Sankrantis following 12 Rashis.

The festival has been going on since ancient times. However, there is no clear documentation about the start of this festival. But this festival is mentioned in the Purana. According to the Purana, the grandfather of Mahavarat took Euthanasia on this day. Others say this was the day when Asurs forfeited in a war against the Gods.

Vishnu Dev killed the Asurs and buried them in the Mundu Temple Mountain. So, people still believe this was the day of the victory of Goodness against all the evils. In other words, Surya dev went to his son Shani’s house on this day. Shani is the master of Makar Rashi. So this day is also considered a special day for father and son.

According to the scriptures, if you die in Uttarayan, you are liberated. But if you die in Dakshinayan, you have to return to the earth. The sun enters the Makar  Rashi ( Capricorn) from the Dhonu Rashi (Sagittarius) on this day. 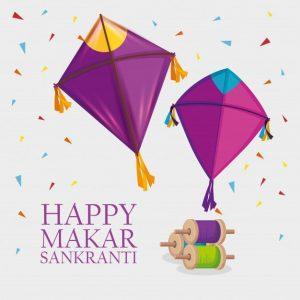 This day has different names in different states. People worship the sun on this day. According to the Hindu calendar, this day is marked as a special solar day. The sun starts Uttarayan from Makar Sankranti. So, some people also call it Uttarayan. Let us see how distinctive states celebrate Makar Sankranti.

This fiesta is known as Lohri in Punjab. People of Haryana and Punjab celebrate Lohri the day before Makar Sankranti. They set fire in the night and sing songs while walking around the fire. They burn sesame, corn, and rice on the fire hoping for prosperity and happiness.

People of Bihar celebrate Makar Sankranti in the name of Khichdi. There is also a ritual of donating rice, pulses, winter clothes, and gold.

People of Tamil Nadu celebrate Pongal on the occasion of Makar Sankranti. The festival is celebrated for about four days after the end of winter. These four days have different names. These four days are Vogi Pongal, Surya Pongal, Matu Pongal, and Kaanum Pongal.

They prepare a special ingredient from rice powder named Kolam. Kolam is used for making Rangolis. People love to exchange gifts with their family and friends. Some of the most common Pongal gifts are Pongal Padi and Pongal Parisu.

The people of Delhi and Hariyana celebrate Makar Sankranti in the name of Sidha. They prepare sweets with clarified butter. They also prepare Hakua and Khir. Brothers go to sisters’ houses on this day, and there is a tradition of gifting new clothes at the festival. They also follow a ritual called Manana and sing folk songs.

The people of Assam celebrate Vogali Bihu festival on this occasion. The word Vogali means food. As they harvest new crops during this time, they celebrate this festival by feeding others. That is why this festival is named Vogali Bihu. Like West Bengal, they also make cakes with new rice powder.

Poush Sankranti or Makar Sankranti is a momentous day in Bengali Culture. Some rituals need to be followed on this day. People consider it harmful to travel on this day. It is better not to stay out at night. If you go somewhere, return to your home before evening. Many years ago, a sage went out and did not return before night. He never came back.

Homemakers try to keep their kitchens clean on this day. As people worship Suryadev on this day, he removes all the diseases. Your mind will be fresh if you keep your house clean. People also clean their surroundings because cleanliness brings purity to mind. 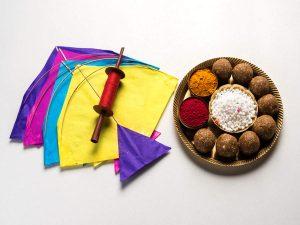 Two of the most important Sankrantis are Makar Sankranti and Karkat Sankranti. Bathing in the river on the occasion of  Makar Sankranti is believed to eliminate all the sins of life. You will also gain piety if you donate to the poor on this occasion. There is also a practice of giving food, winter clothes, and sesame to the poor.

India is a diverse country as people of almost every religion and culture live there. But still, they live in harmony. Even though this is a religious festival, Makar Sankranti has become the center of attraction for other religions’ followers. People of all faiths join the Kite Festival on this day. So, this festival has a significant impact on building India as a secular count