The Maldives observes its Independence Day on the 26th of July. The Maldives celebrates this day to commemorate its gaining of independence from the British Empire in 1965. This day is a nationwide holiday for the Maldives.

This year the Maldives is celebrating its 57th Independence Day and 56 years of sovereignty. People of the Maldives observe this day with delight and eagerly wait for this day. This day is also a tourist attraction among international tourists.

On 16th December 1887, the Sultan of the Maldives chose to be a protectorate of the British Empire. For this reason, the Sultan agreed to quit Maldive’s independence. This decision was taken under the foreign policy.

In return for this foreign policy, the British Empire agreed to give armed protection and committed not to interfere in the islands’ inner matters. On 26th July 1965, this agreement ended.

On 11th November 1968, the Maldives became a republic country under the presidency of Ibrahim Nasir. He was Maldives’ former prime minister. This ends the 853 years of monarchy in the Maldives. 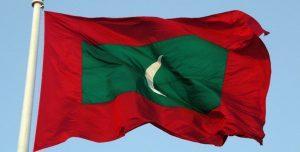 People of the Maldives celebrate independence day with a sequence of festivals held on the island of Male. Most programs take place on Republic Square of Male. There take place a series of festivals by the National security service.

There are parades presented by the National Cadet Corps. School Children perform wearing colorful costumes. It is a holiday so Maldivians choose to stay home on this day and celebrate it with loved ones.

Media on aris show regarding independence day. The president of the Maldives issued a message in respect of this day. Print media publishes special features according to this day.

President Ibrahim Mohamed Solih said in his message on independence day that “When we cast our eyes upon this concept of independence, we realize that it is the defining feature of a sovereign country. Independence is what allows a country to have an equal voice to its peer nations in the international arena.”

He also added “Although political independence grants us freedom in name, true freedom comes with prosperity. The Maldives’ economy remains primarily driven by two sectors that we developed through our own efforts. Pole and line fishing is globally noted to be a distinctly Maldivian practice. And the Maldives’ Tourism Sector, which has achieved such high global repute, was built through local innovation.”

In the end, he said that “before closing my remarks, I offer tribute to the late President Ibrahim Nasir, whose efforts won us our independence. I pray to Almighty Allah (SWT) to have mercy on his soul and to grant him eternal blessings of paradise. I also pray for the souls of the heroes who sacrificed their lives and were martyred for the sake of the Maldives’ independence. May Almighty Allah (SWT) always protect the Maldives’ independence and sovereignty. May God gives us the courage to keep changing our country for the better while keeping us within the holy principles of Islam, Amen.”

Here is a very short speech you can try on Independence day to deliver.

“Today we are celebrating the 57th Independence Day of our country. We gained our independence because of our leader Ibrahim Nasir. This day is to celebrate freedom and honor him and all the martyrs who gave their lives for our country’s freedom.

Gaining freedom was not easy for us. But our forefathers and martyrs made it easy. They are the true hero of the Maldives. We should always remember them and celebrate the efforts they put into a sovereign country.

Always remember this, taking care of this freedom is our duty. Our martyrs dreamt of a peaceful, prosperous country. We have to work toward this goal. We always have to put our country before anything. Because this is the region where we can live freely and without anyone’s dependence. “ 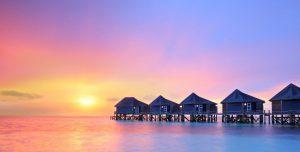 Happy Independence Day to you. Today let’s celebrate those who shed blood for our freedom. They are the ones who deserve the glory!

Let’s honor the valiant heroes who made us the proudest of all humans and the mightiest of all nations. May the glory of this day be your inspiration for tomorrow!

We need more people like you who are loyal and honest in this country. Happy Independence Day to the most inspiring person I’ve ever met!

We may never know how it feels like to live in a free country if it was not for the bravery of our fathers. Today they deserve a big salute from us. Happy Independence Day!

Independence does not come free; it demands a great cost. Today, let us honor all the great souls who had to pay for it. Happy Independence Day!

Today is a day to feel proud of being a part of this great nation. May this spirit of freedom leads us all to success and glory in life. Happy Independence Day!

May you enjoy this freedom of speech, freedom of thoughts, and freedom of choice for the rest of your life. Happy Independence Day to you!

They fought. They gained independence for us. We respect and honor them and their dreams. May we always defend our freedom. May we always work for our country’s peace and spread love toward the people.

Find out more events happening in the Maldives