Newport Jazz Festival Louis ArmstrongNewport Jazz festival is the program for arranging jazz music every year in Newport, Rhode Island, USA. It is excellent news for jazz lovers who admire jazz music to come to the celebration to soothe their ears. 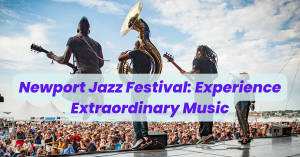 You may plan to go to Newport island to join the merrymaking but don’t know when and how to go there. In response to your problems, I suggest you read my article to get answers where I have given every detail about the Newport jazz festival. So, let’s start our Journey to the report.

Newport Jazz Festival will arrange a three-day program at Fort Adams in Newport from July 29 to July 31, 2022.

The Fort stage, the Harbor stage, the Quad stage, and the Museum stage are selected settings where the program will continue.

When does the fest start, and when does it end?

The inauguration day of a program will start at 10 am and end in the evening or after sunset. So, you have to come to the main gate at 8 am to face some procedures like parking, ticket checking, etc., before entering the carnival site. 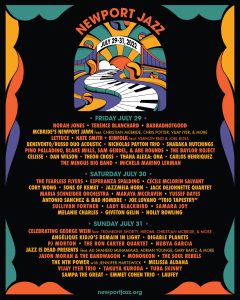 What is the price of the tickets?

The festival’s website has information about the ticket price. The cost of a single day is $ 94.76 and for two days $ 185.40. This price is for the general category.

How can I buy tickets?

How many tickets can I purchase?

You can purchase four tickets at a time and are not allowed to buy more than four tickets.

A glimpse of the history of the Newport Jazz Festival

Newport Jazz festival has a profound history of ups and downs. This celebration has seen many things like complaints from locals from the beginning. Because of them shifting to another place, havoc in Newport, counter celebration, moving to Newyork, riot, and returning, etc., you will encounter what situations carnival has faced on its way after continuing reading.

Luise & Elaine Lorillard, and their attitude to Jazz music

Jazz music is one of the genres of music that originates in New Orleans, Louisiana, where people from African- American communities live. Music lovers acknowledged it between the late eighteen century and early nineteen century.

This kind of music gets popularity among the people of America for its uniqueness as it contains the music styles of Africa, America, and Europe. 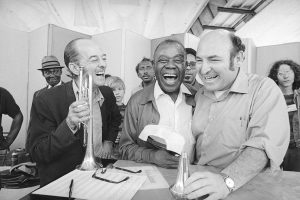 Elaine Lorillard and her husband, Luise Lorillard, were quite familiar and deeply attracted to it. As a result, they financed it for many years to flourish. Moreover, they planned to create a festival to boost its enrichment speed. Their plan came true in 1954. It was for the first time the Newport jazz fair happened.

Who is the founder of the Newport Jazz Festival? George Wein or Lorillard couples?

George Wein is the founder of the Newport jazz fiesta, where Lorillard couples were the patrons.

He is the sole person who made the aspiration of the Lorillard couples come true. They made George Wein the center for arranging the fest. It is he whose contribution and hard work made the gala celebration happen.

The first show took place for three days at Newport Casino, Belleview Avenue, Newport, Rhode Island. The fiesta was successful, and this achievement made Wein proceed for the following year.

Though the first gala celebration was mind-blowing, it had the limitation of giving space to the vast number of guests. That’s why they selected Belcourt for arranging the second fest in 1955. But, due to complaints from the locals, the second carnival did not happen in that place, and it moved to Freebody park near Belcourt. 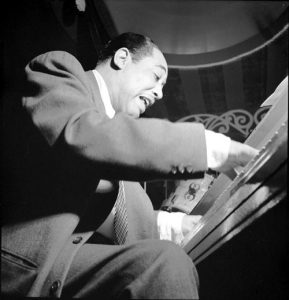 The concert at the Newport jazz festival on July 7, 1956, made Duke Ellington’s sinking career revive again. He and his band ‘The Duke Ellington Orchestra, made a notable performance that took a permanent place in Jazz history. “Take the ‘A’ Train,” “Sophisticated Lady,” “Diminuendo and Crescendo in Blue,” and “Mood Indigo” were some examples performed at the celebration.

A concert film was made based on the Newport jazz fiesta. “Jazz on a Summer’s Day” was the name of that film. Commercial and fashion photographers Bert Stern and Aram Avakian were the directors and the editor of this film.

What happened at the Newport jazz festival in 1960?

Newport Jazz fiesta had come to its eight years of glory. But this year marked a year of violence and rivalry within the system.

The fair took place on June 30, 1960. However, due to a shortage of accommodation, the festival management could not give proper space to the jazz lovers. As a result, they created chaos on the first day.

This problem remained the same the next day, which caused the people to make disasters in Newport. Local governing bodies deployed armed police to control the situation.

Moreover, the fair administration postponed the remaining two days of the celebration for not seeing the adverse situation. This incident made a wrong impression on the gala celebration, which led to next year’s carnival in vain. 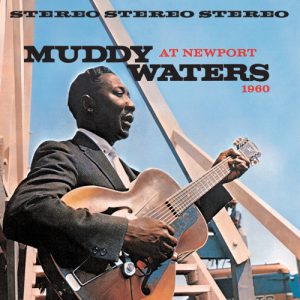 But the notable thing is the celebration did not go by the name Newport Jazz festival. Sid Bernstein, a producer, introduced a Jazz fair named’ Music at Newport’ in 1961, but this entrepreneurship did not see a profit. So, as a result, a gala celebration that didn’t happen by this name was not seen in 1962.

The year 1960 is also essential for rivalry. Following the Newport Jazz carnival, Charles Mingus and Max Roach organized a new festival at Cliff Walk Manor Hotel near the leading site. They placed it to strike against the foremost jazz officials as they followed racial rules to pay the artists.

At that time, one of the most alarming problems was racism. Black jazz artists were paid less in proportion to white artists. Feast at Cliff Walk Manor Hotel was the protest not to divide them in the judgment of colors.

Newport jazz commemoration happened for the last time at Freebody park in 1964. Then, it moved to Fort Adams park in 1965 because of the scarcity of space and other difficulties it had countered in previous years. From that time, Fort Adams park was a permanent palace for merrymaking.

Did the Newport Jazz festival experience Jazz, soul, and rock music in 1969?

Tribute to Louis Armstrong and moving to New York

The Newport Jazz Festival paid tribute to Louis Armstrong for the first time in 1970. Louis Armstrong was an American vocalist and trumpeter. His fifty years of a career marked an outstanding contribution to Jazz music.

In addition, the fair was for the first time held for three days instead of the usual four days. 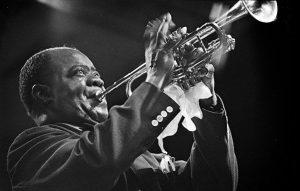 Newport Jazz anniversary moved to Newyork city in 1972 and continued with the name Newport Jazz Festival- New York. Though the festival had seen a new place, a new environment, it never felt like the home-like situation at Newport.

What happened at the Newport Jazz fair in 1971?

The merrymaking show was held on July 2, 1971, and the riot took place the next day. As a result, the Newport jazz carnival authority canceled the remaining two days’ program due to a riot at the fair area.

Due to the unavailability of seats, many visitors had taken shelter in the hills. They got down from cliffs, created chaos in the streets, broke chain link fences, and tried to enter the carnival area. Because of the unfavorable circumstances, the program had to stop on that very day. After many years, the festival came home- Rhode Island, Newport in 1981. Producer George Wein brought it back to retain the fair’s name and its legacy. But the celebration happened under the name of Kool Jazz Festival as ‘KOOL’; an American menthol cigarette company was its sponsor.

Newport Jazz Festival merged with festival producer Shoreline Media and created a new company named Festival Network LLC in 2007. Since that year, this company has controlled and arranged everything regarding the fair.

How can I go to the Newport Jazz Festival?

You can go to Newport island by car, bike, or cycle. Moreover, as Newport is an island, you can go there by boat. However, for your kind information, going there by renting a car or bike or boat may cost you.

If you are economical and do not want to spend much money, a bicycle is the best option. It is cost-free, and you can go there quickly. In addition, there is a parking area for all kinds of vehicles on the festival site. So, you can park your wheels and attend the carnival.

Newport is a place of many historical sites and sceneries. If you are at Newport island, I suggest some places mentioned below that you must visit. These sites will surely fulfill your trip to Newport.

The Elms is a big house situated at 367 Bellevue Avenue, Newport, Rhode Island. This house is famous for its structural designs and inner workings.

Marble House is another name you should go to. It was built in 1892 as a birthday gift of William K. Vanderbilt for his wife, Alva.

This house features ceiling murals, chandeliers, carved and gilded woodwork, and a grand staircase. But the most attractive thing is its ballroom which is encrusted in gold. Hall of Mirrors at Versailles was the inspiration to create this kind of work.

The National Museum of American illustration is the place of keeping the illustrating works of Norman Rockwell, Maxfield 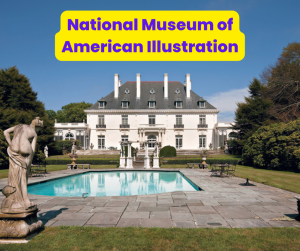 Parrish, Violet Oakley, Howard Pyle, and many others. America was at its peak in the 1870s- 1950s, regarded as the Golden age.

Kingscote was built before the American civil war in Newport and represented the Gothic revival style for its gables, pointed roofs, turrets, and gothic arches. Architect Richard Upjohn was the builder of this cottage.

You can enlist Rose Cliff to your dairy. Stanford White was the designer of this house. This house is well known for having the largest ballroom in Newport. The most lavish parties are held in this palace. Moreover, the films, The Great Gatsby and True Lies used Rosecliff as their set.

You have to go to 548 Bellevue Avenue, Newport, Rhode Island, to visit Rosecliff.

Where can I stay on Newport island?

I can help you lessen your worry about staying at night at Newport island. Many hotels offer you to visit and spend the night at a great price. In addition, most of the hotels are near the port harbor, so you can easily see the sea waves, vessels, or tourists surfing on the water.

What things are allowed at the Newport Jazz carnival?

Before you go to Newport island to attend the fiesta, then you should look at the list of things that are allowed or not.

Five Facts you should know about the Jazz Fest

I will provide you with information about the Newport Jazz carnival that you cannot ignore. Here they are-

Jazz is a kind of music that emphasizes swing, syncopation, bent or blue notes, and player improvisation. The main feature of this music is that a player must have skill over his instrument to move from one tone to another in a short period.

Jazz music originated in New Orleans, Louisiana, in the twenty century by holding the hands of black musicians.

There is also another vibrant music fest taking place in Newport as you may already know, read about it >>

Finally, I conclude my writing by saying that music is the magical power that brings people of all classes to the same row. It is the best way to tie people together where no one knows each other and spread the flow of harmony among them simultaneously. Their sorrows, griefs, their happiness is mingled with music that creates wonder.