Pongal is one version of the great Indian festival ‘Makar Sankranti.’ It is the biggest carnival in Tamil Nadu. Pongal is a Tamil word, and it means celebration. Pongal is a four-day-long celebration, and each day has a separate name. These four days are Vogi Pongal, Surya Pongal, Matu Pongal, and Kaanum Pongal. This festival is celebrated in mid-January. Let us dig a little bit more.

People are celebrating this festival for ages. There is no strong indication of when this festival started. But according to history, Pongal has been celebrated since the age of Sangam. The name is related to a well-known dish, Pongal, that they cook on the second day of the festival.

Pongal festival is observed on the occasion of the new year. They harvest Adi ( A Tamil month name) crops on Tai’s month (a Tamil month name). The specialty of this festival is, that people worship the sun and cows reciting Pongal Pongal. They prepare special rice on a new stove with new rice, boiled milk, sugar/jaggery, clarified butter, grapes, and cardamom.

The Pongal is considered one of the most significant nationwide festivals of Tamils. This festival is not only celebrated by Tamil Hindus but also by Christians and Muslims of Tamil Nadu.

As I said earlier, Pongal is a four-day-long festival. The four days of the Pongal festival include Thai Pongal, Bhogi Pongal, Mattu Pongal(Cow Pongal), and Kaanum Pongal. Let us go a little deep to discover what common people do these days. 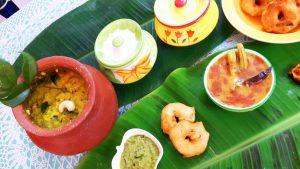 Bhogi festival is considered a day to throw away old and unusable stuff. The philosophy is to remove not only the useless things in the house but also the evil thoughts in mind. The Bhogi Pongal festival is observed on the 13th of January. People who burn old items get involved in the Bhogi celebration. People celebrate the Bhogi Festival by burning old things, capturing this line in the heart ‘Old is gone, and new is coming’.

On the day of the Bhogi festival, people burn all the useless things in the fire and clean the gate. Thus it is believed that the evilness in the house will end by burning old things.

According to the scriptures, the departed souls of relatives come to visit their house in Bhogi Pongal. So, it is customary to make their favorite foods, make Puttadas, and worship the fire with coconut, betel, baguette, and banana. During the Boki festival, vada, Payas, etc. are prepared for the Lord.

Thai Pongal is the day when the farmers bring home their harvested crops they have been working on since August with the help of the rains and start consuming the fruits of their labor. This festival is celebrated in Tamil Nadu, Malaysia, Sri Lanka, Singapore, North America, European countries,  Mauritius, South Africa and.

That Pongal is a festival where working people thank the sun and other living beings who are considered to be the natural deities. The month of January is the harvest season for the crops sown in August. The Pongal festival is a fun festival where the harvested paddy is boiled in a new pot with sugar, milk, and ghee in a new oven, and made into Pongal sorghum for the sun and the cow.

Mattu means bull or cow in the Tamil language. People of Tamil Nadu celebrate this day to thank and worship their cattle as they play an important role to grow crops. This day is also special because people of all caste eat their dinner together in a spirit of sociability.

The main charm of this day is the Jallikatu. It is a traditional sports event, and it usually occurs in the evening. They tie some money on the horns of a bull. Then, young people chase the cow and try to recover the money from the bull. Whoever retrieves the money wins the game.

Mattu Pongal is celebrated on the 16th of January. People also refer to it as Cow Pongal. On this day, farmers clean the cow shades and bathe the cows. Then they paint the horns of the cows. They bind a saffron-coated pot around the neck of the cows. They prepare cows with new nose ropes and thumb strips. Later on, they worship them.

The word Kanuum itself refers to sightseeing. It is a day of relaxation. Most people pass this day by spending quality time with their family. People of Andra Pradesh worship their cattle on this day. Virgin girls of Tamil Nadu pray to God hoping to have a blessed married life. This festival can be compared to the Raksha Bandhan as women pray for their brothers’ welfare on this day. 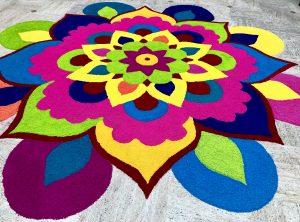 As you already know, Pongal is one of the greatest festivals in Southern India if not the greatest. It has great regional and cultural significance. People celebrate it as a crop harvesting festival and on thanksgiving day. People tend to celebrate this festival in the hope of a new start and positivity.

India is vastly dependent on Agriculture. Most of India’s traditional and cultural festivals are related to agriculture or nature. Pongal is considered extremely auspicious in Hindu Mythology.

India is a country of festivals. People of different states may celebrate various festivals at the same time. But they hold the same spirit in their heart which is that they all are Indian. Together they are having a great impact on the advancement of their country. These festivals are helping people to interconnect with each other and build social bonds.

Learn more about Cultural and traditional values in India