Rokeya Day is celebrated across the country on her birthday, 9th December. Begum Rokeya Sakhawat Hossain was a prominent Bengali writer, academician, and social reformer of the 19th century. She is called the pioneer of women’s education in Bangladesh.

Begum Rokeya was born on 9th December 1880 in Pairaband village in Rangpur district. Her full name was Rokeya Shakhawat Hossain. Her father’s name was Zahiruddin Muhammad Abu Ali Haider Saber. He was a noble landlord in that area. Her mother’s name is Rahatunnesa Sabera Chowdhurani. She had three brothers and two sisters.

According to Muslim society, no noble Muslim woman was sent to study outside the house. So, she did not have any official schooling. However, she, with her other two sisters, learned Arabic and Urdu at home. Her elder brother Ibrahim Was a modern-day man. He taught Rokeya and Karimunnesa to write and read Bengali and English in secret at home. 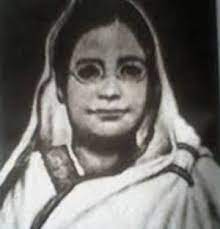 Rokeya’s entry into the literature

In 1896, at the age of 16, Rokeya was married to Syed Sakhwat Hussain, Deputy Magistrate of Bhagalpur. After marriage, she became known as ‘Begam Rokeya Sakhwat Hossain.’ Her husband was a free thinker. He inspired Rokeya to write and saved some money for a girls’ school. In 1902 she entered the literary globe through a Bengali story called Pipasa (Thrust).

Her most notable work is Sultana’s Dream. Her other books are Padmarag (1924), Oborodhbasini (1931), Motichur (1904). Each one has a story about the women’s siege.  Her writings were published regularly in the newspapers of Navnoor, Sogat, Mohammadi etc. Some of her satirical works are: ‘Pari-Dhibi’, ‘Tinkure’, ‘Biepagla Buro’, etc. she also wrote six short stories and seven poems.

Through her articles, stories, and novels, she argued for the need for women’s education and gender equality. The women’s apathetic position in a patriarchal society was exposed by humor and sarcasm. Her writings show how socially aware she was. Her writing style was very self-contained. And her way of expressing herself was different from the others. So it is easy to keep her ahead of contemporary women’s literary work.

Her husband, Sakhawat Hossain, died in 1909. After a few months, she founded a Girl’s School in Bhagalpur. In 1910, after a property dispute, she closed the school and moved to Kolkata. There she started Sakhawat Memorial Girls School in Kolkata on 15th March 1911. In the primary stages, the school had only eight students.

In four years, it had grown to 84 students. In 1930 she upgraded this primary school to a high school. She had no idea about how to run a school at first. She went to Bethune and Gokhel Memorial schools in Kolkata and learned how to run a school first. In 1930, through her hard work, she converted it into an English medium girls’ high school.

Begum Rokeya worked her whole life for the betterment of female education. Begum Rokeya started the movement for female education. Female empowerment and female voting rights. She realized that only education could save the females. Because only knowledge could bring them to the light. There was no alternative to education to get the respect they deserve. 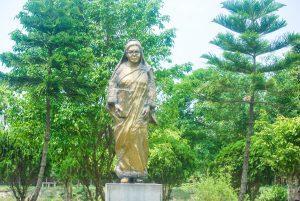 Rokeya’s contribution as a social reformer

Begum Rokeya was a far-sighted social reformer. She worked for others until she gave up her last breath. Her social services didn’t stop only with building the school. In 1916 she founded a Bengali Muslim women’s organization ‘Anjuman Khaatin Islam.’ This institute tried to empower women by giving them jobs, teaching them, and treating them.

But she never lived a luxurious life. She always worked for helpless women. She spent most of her earnings on education. Her vision was transparent and straightforward.

She coincidently was born and died on the same date, 9th December. This day is celebrated as Rokeya Day in the whole of Bangladesh. The Ministry of Women and Children Affairs has been giving the Begum Rokeya Award since 2018. Well, Rokeya day doesn’t have that many programs.

Besides, some educational institutes celebrate this day with great honor. They arrange cultural and social programs and do some voluntary work to pay tribute to Begum Rokeya.

Rokeya is considered the pioneer of female education in Bangladesh. She had done a lot for women’s rights and gender equality. We can not count her contributions. Today women can roam freely, have the right to vote, study, and represent our country in the world only because of her.

She dedicated her life to the betterment and prosperity of the country. Rokeya Day is for remembering her contribution to female education and reforming society. We should do our best to pay tribute to this great woman and ensure that every citizen of the country has equal rights.

You can also read: