Nepal celebrates the adoption of its constitution on the 19th of September every year. It is known as Samvidhan Diwas. Nepal adopted this new constitution on 19th September 2015. Since then Nepal is celebrating this day with great joy and honor.

People all across Nepal celebrate this day with festivity. It is a national day in Nepal. The government of Nepal celebrates this holiday under the Ministry of Federal Affairs along with the General administration

Although the new constitution is the easiest and best constitution Nepal ever had. There were protests against this constitution after it came into effect. The protest was based on some imperfection of the constitution. Which were mostly because of Nepal’s new citizenship law and federal law. 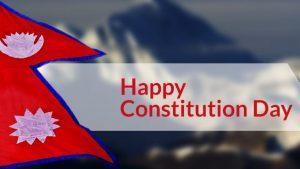 Nepal’s constitution day is a festive day around the county. Many organizations arrange programs to celebrate this day. But the main program takes place in Kathmandu. It takes place at the Army Pavilion of the capital city.

There also happen political meetings. Renowned leaders gave patriotic speeches. There is a display of Nepal’s national flag on big buildings. Buildings are also decorated with light and candles.

Nepal has a rich history of 68 years of developing its constitution. It has experienced 7 different constitutions till now.

Nepal’s earliest constitution was ‘The Nepal Government Act of 1948’. It was announced by prime minister Padma Shumsher on 26 January 1948. This act introduces Nepal with a limited democratic element. Although this experiment was not successful. It contained 1 schedule, 6 parts, and 48 articles.

In the year 1951, Nepal got familiar with The Nepal Interim Government Act 1951. Which came with 3 schedules, 7 parts, and 73 articles. This constitution strengthens the power of the king, follows the formation of the supreme court, and focuses on basic rights and socio-economic aims.

Following that act, Nepal adopted The Constitution of the Kingdom of Nepal Act in 1959. It established a bicameral parliament. It is contained with 3 schedules, 10 parts, and 77 articles. It was announced on 12 February 1959.

In the year 2007 under the democracy movement of Nepal, Nepal passed the Nepal Interim Constitution. It was announced on 15 January 2007. Which contain 4 schedules, 25 parts, and 133 articles. This constitution focused on various issues of democratic rights such as citizenship, constituent assembly, fundamental rights, principle and policies of the state, public service commission, the attorney general, and many more.

Nepal’s Prime Minister K.P. Sharma Oli said about the constitution day that “We Nepalis were starving for this day for the past seven decades. The day when we were liberated from suppression is also an independence day and a day to celebrate our achievements.

For the people of Nepal on the occasion of Constitution Day, Prime Minister Oli expressed hope that the constitution will strengthen Nepal and transform it into a prosperous nation. He said the constitution imbibes present and future aims and aspirations of the people and it will help in fulfilling the goal of Prosperous Nepal, Happy Nepali. 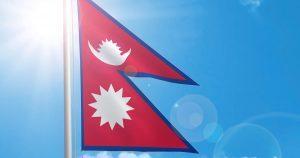 Below are some Facebook status/SMS and wishes for you on the Constitution Day of Nepal.

Nepal is a country that was never colonized. It was also never ruled by any foreigners. It is something to be proud of. But apart from being always free and led by its own people its constitution was not being fair to the people of Nepal.

It almost took 7 decades to have a fair and liberated constitution. So, this day happens to be celebrated. Nepal is celebrating this day for 5 years by honoring the country and its constitution. This day is for every people of Nepal and their fundamental rights. Which should be assured by their country. It is a proud moment for Nepal that it is assuring it now with the constitution of Nepal.