Vaisakhi or Baisakhi is the crop harvesting festival of Punjab and neighboring areas. Vaisakhi came from the word Vaisakh or Baisakh, the second month of the Nanakshahi year system. For Punjabi people, it is the biggest traditional festival.

Vaisakhi signifies the happiness of the evolution of the Rabi crop. On the same day, Guru Govind Singhji founded Khalsa Panth on April 13, 1699. Sikhs observe this festival as a communal anniversary.

When the atrocities of Mughal ruler Aurangzeb increased, he martyred Guru Teg Bahadur in Delhi. Guru Govind Singh Ji became very sad by this incident. He gathered his disciples and established the Khalsa sect, which was always prepared for religion and goodness. On April 13, 1699, Guru Govind Singh ended the atrocities with the Khalsa sect at Kesargarh Sahib Anandpur. 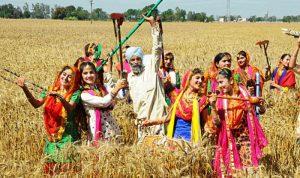 People of Punjab set a fire on the evening of Vaisakhi and they gather around it. They celebrate the night for the money they got selling the crops. They dedicate some of the new grain to the fire and celebrate the night by performing the traditional Punjabi dance Bhangra and Gidda. Devotees go to Guruduwaras for Ardas.

Anandpur Sahib, where the Khalsa sect’s foundation stone was laid, organizes a special Ardas and reverence. In Gurudwaras, Guru Granth Sahib is distinguished on the throne by devotees after bringing him out with a symbolic bath with milk and water. Then they sing the Panchabani. After Ardas, Guru Ji is given the indulgence of stiff offerings. After the prasad’s indulgence, all devotees eat at guru Ji’s anchor.

People of Hariyana celebrate Vaisakhi on April 13 every year. It is also the new year for them as they follow the traditional Vikrami calendar. The main celebration of Vaisakhi in Hariyana is organized in a small village named Pinjore. They celebrate this day to mark the beginning of the reaping year.

People wear their best clothes and jewelry and visit temples and Gurudwaras to worship and pray. They also arrange folk dances in the Pinjore village to celebrate Vaisakhi. Vaisakhi is celebrated with much festivity at Pinjore garden every year, which is about 20 km away from Chandigarh. The festival at Pinjore garden is one of the most widespread carnivals for inhabitants and guests of Hariyana.

People of West Bengal celebrate Vaisakhi in the name ‘Pahela Baisakh.’ Pahela Baishakh is a provincial day off in the provinces of West Bengal and Tripura. Some regions start celebrating a few days earlier. They decorate their homes with Alpana(design or Rangoli). Some of them also take a ritual bath in nearby rivers. Some shopkeepers make calendars with pictures of the goddess and distribute them to their clients

They arrange a procession named ‘Prabhat Pheri.’ They perform various prayers like Kumari Puja and Ganesh Puja; They also ask for elders’ blessings. They also enjoy numerous sweets and confectionaries. Bengali communities of Assam and some other eastern states also celebrate the day.

Celebration of Vaisakhi Outside India

Like West Bengal, Bangladesh also celebrates Vaisakhi as Pahela Baisakh. It is observed on April 14 every year. Bangladesh observes Pahela Baishakh as a public holiday. People of all religious beliefs celebrate the day following almost the same traditions. It is a method of expressing national superiority and legacy. This festival is closely related to the village life of Bangladesh.

Some places in Pakistan have religious importance for the followers of Sikhism. Guru Nayaka was born on the Pakistani side of Punjab. Every year a lot of Sikhs visit that place. Many Sikhs from India and other parts of the world visit Western Punjab for pilgrimage, including Panja Sahib and gurudwaras at Nanika Sahib.

Followers of Sikhism arrange a procession in the streets of New York on the day of Vaisakhi. People also go out to participate in voluntary work for the whole day. Devotees of Sikhism arrange Kirtan and other cultural programs in Los Angeles and California.

Sikhs of Canada also arrange a procession with about 200,000 people in Vancouver. The Sikhs of the United Kingdom are generally from India and East Africa. They join the Kirtan Sabha organized in Santhal Nagar, London; the Sikhs of Malaysia get a day-off on the occasion of Vaisakhi since 2013. 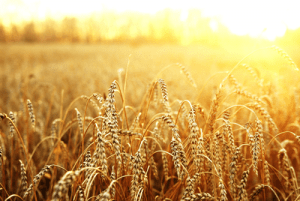 In Punjab and Haryana, the festival of Vaisakhi is seen to be linked to agriculture. Farmers harvest the crops when they have ripened enough. People get up early in the dawn and take baths. Afterward, they wear new clothes and visit Gurudwaras.

Vaisakhi is a very big festival for the Sikh community. On the day of Vaisakhi in 1699, the tenth guru of Sikhs, Guru Govind Singh Ji, established the Khalsa sect, which helped Sikhs build a distinct identity all over the world. A special prayer is held at Gurudwaras on this day.

India is a country of different religions and festivals. Despite having so many differences, India has established itself as one of the fastest-growing economies and powerful nations globally. It became possible because they live in harmony, forgetting the religious and cultural diversities. If the whole world follows India’s footsteps, maybe one day, the world will grow into a better place to reside.