Since the death of Jesus, Christianity has been divided into parts. But the fundamental issues of religion have remained the same. The Christian society through the week of prayer tries to be united again. You may have some rough ideas about this religious activity of Christianism.

Through this post, we will get to know all the necessary and hidden information about the religious event named ‘’Week of Prayer for Christian Unity’’. All the positive sides and the religious importance of this event also be briefly discussed here.

What does it mean by the week of prayer for Christian Unity?

This religious event was not a part of Christianism from the very beginning. Later, to reduce the division of Jesus’ followers this event was established. Nowadays this event has been observed worldwide. At least once in a calendar year, followers pay tribute to Jesus through this event.

This is a one-week-long religious event. While all Jesus’s followers meet together to take a religious prayer. People from all races, colors, and communities all along take part in this holy event. This religious event is a symbol of the Unity of all Jesus’ followers. 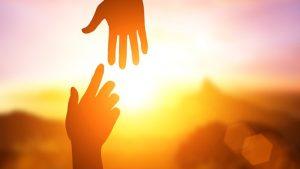 History of the week of prayer for Christian Unity

Historically followers of Jesus were united from the very beginning. Later, Christianism was divided into Catholic, Protestant, and Orthodox faith. That happened mainly because of the aggression of different religions and different cultures. As a consequence, the followers started to lose belief in other categories of Christian followers.

To reduce this problem and hatred between the same religious believers, some top Christian religious followers decided for Church unity through prayer. In the year 1908 in a conference named the “Octave of Christian Unity” this proposal was made.

The top Christian leader accepted this proposal for the unity of Jesus’ followers. From that conference, each year Jesus’ followers get together and pray in the same manner, and with enthusiasm.

Father Paul Wattson is known as one of the people who have been related to the very beginning of this event. Later, in the mid-1920 some Protestant leaders also proposed this religious event. From then this religious event got its recognition and was accepted by all the followers of Jesus.

What does Christians do at this religious event?

This is a one-week-long event. The main focus is the get-together with followers. There will be no division of faith, community, race, society, poor and rich people. Because everyone is equal to Jesus. And Jesus’ sacrifice was for all humanity.

So, people get together in the Church to perform religious prayer for the sake of Jesus’ sacrifice. Many people perform fast during this time of the year. Visiting the graveyards and paying tribute to the dead people were also done at this time. Especially the Churches get crowded and many events take place. The main thing is how you remember Jesus’ sacrifice with unity and loyalty.

The religious importance of this event

Some may think this event is not a fundamental one. Not a heavenly created event. But keep in mind, Jesus always believed in the unity of humans.

According to Bible  Complete my joy by agreeing to be of the same mind, having the same love, being in full accord, and of one mind.

So, it’s very important to be united as followers of Jesus. You will find thousands of verses about unity. And it’s very true that Jesus’ sacrifice was for mankind. His sacrifice was not for only any race, region, or particular human. So, must remember Jesus’ being united. Not quarreling with each other.

The social importance of a week of prayer for Christian Unity

This event has tremendous social value.  The period of Jesus’ arrival was not so good. Society was dominated by evil people. Civil Rights have been violated. People were divided into many groups and sections. There was so much quarrel and riot at that time.

Jesus’ main motto was to drive people from the bad path to the right path. The path of unity, not the path of riot and quarrel. So, it is pretty clear that Christianism believes in unity. Unity keeps our society going in the right direction. From the social aspect, Christian unity and a week for prayer for that bonding are very important. 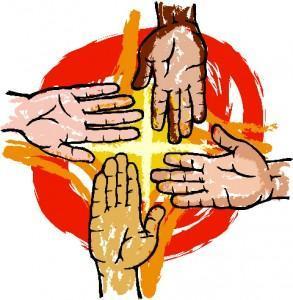 Important lessons of the week of prayer for Christian unity

Sometimes we do think what is the actual message of Christian unity? In this world, our faith and beliefs may be different, but as human beings, the betterment of our society is very important. Week of prayer comes to us with some great messages.

So, it is very important that we must take all the good messages from this holy event. It is the right way. Just maintaining unity all things will be solved. Another thing is different religions believers also are respected for their beliefs and faith. This is Jesus’ true spirit.

If you enjoyed reading this post, just express your thoughts in the comment box. Shortly, we will be coming back with another important religious event-related post. I hope you will also read our other post. Thanks for being with us. Enjoy your day!