Navaratri is a Sanskrit word. It means nine nights. It is conceivably the most prominent and most prolonged festival of Hinduism. It is a nine-day long festival when followers of Hinduism worship nine different avatars of Goddess Durga. People celebrate this festival to embrace the historical victory of goddess Durga against the demon Mahishashura. This festival has great religious importance in Hinduism as each night is associated with different incarnations of Goddess Durga.

Navaratri is mainly celebrated by worshipping nine different incarnations of Goddess Durga. Brihaddharma Purana mentioned that Brahma once worshipped Goddess Durga for Ram. According to this mythology, the gods were afraid of Ramachandra’s evil after Kumbhakarna woke up. Then Brahma said, there is no other way without worshipping Devi Durga. So, for the welfare of Ramachandra, Brahma himself agreed to host the oblation.

It was in autumn. Gods used to sleep then because it was Dakshinayana. Brahma was able to wake up the Goddess by orison. The Goddess came to him in an incarnate of a virgin. Then she asked Brahma to worship her at the root of a bael tree. The gods came to the temple and found a beautiful girl sleeping above a green leaf on a tree branch in a remote place.

Brahma realized that this girl was the mother of the universe Goddess Durga. He woke her up by orison. Mother woke up by Brahma’s orison and left the incarnate of the virgin, and arose as the Goddess Chandika. Brahma then said, ‘I have awakened you in this time to bless Ramachandra to kill Ravana. We will worship you until the Ravana is killed.

Then Devi Durga said, “I will enter Rama’s bow on the 7th. There will be a great war between Ram and Ravana on the eighth. Ravana’s ten heads will be cut off at the juncture of eighth and ninth. His heads will be paired again, but Ravana will die at the ninth.”

It exactly happened as Goddess Durga said. Since then, followers of Sanatani or Hinduism are celebrating this festival. 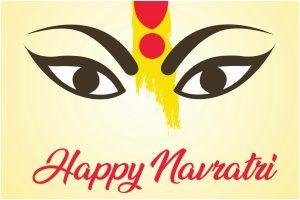 What Happens at Navaratri?

Durgapuja and Navaratri is strongly related. When some states of India celebrate Durgapuza, other states remain busy celebrating Navaratri. According to Hindu scriptures, the nine-night long worshipping starts after Mahalaya and is continued till the ninth night or Navami is called Navaratri. Followers worship nine different avatars of Goddess Durga throughout this festival. These nine avatars of the mother are known as “Nava Durga.”

Navaratri is one of the indispensable commemorations in Hinduism. People celebrate it in different names and different charms in diverse parts of the country. But, deep down in the heart, they are worshipping Durga Ma. She keeps the hope alive in the worshippers. Some may get a new life in the Navaratri. The nine diverse forms or embodiments of Goddess Durga carry different and equally important significance.

It might not seem more than a religious event, but people gather together and share their struggles. It helps to strengthen the community. People are knowing each other and trying to help each other. Besides, they are carrying forward the rituals of religion. So, the children are learning, no matter what you become, you should not forget from where you came. And this is spreading positivity. 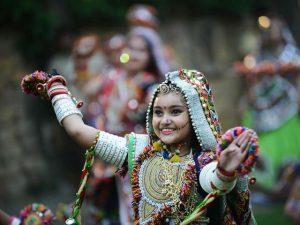 Other forms of Navaratri and related events

Nine different states celebrate Navaratri in nine different manners. Even though Navaratri is dedicated to Deity Durga, few states also dedicate it to other Hindu Gods like Saraswati and Laxmi.

They celebrate Navaratri on the last day or the tenth day when other states are ending their celebrations. Their celebration is known as Kullu Dusshera. People of Kullu valley started this celebration. They arrange a colossal procession carrying incarnates of different Gods. They end the celebration by burning the idol of Lanka which they state as Lankadahan.

Navaratri is combinedly celebrated with Ramleela in Uttar Pradesh and Bihar. After nine days, dummies of Rama’s antagonist, evil spirit Ravana and his associates Kumbhakarna and Meghanada are torched to signify the end of all wicked. An astonishing display of firecrackers trails the whole observance.

People of West Bengal and our neighbouring country Bangladesh celebrates Navaratri as Durga Puja.  Durga Puja Honors the victory of Devi Durga over the metamorphic demon Mahishasura. The temples are decorated with earthen lamps. They install statues of Devi Durga inside temples and perform a special kind of dance named Dhunuchi Nach.

Rajasthan observes the Navaratri as Dusshera fair. These Dusshera fairs become a gathering of thousands of people when they burn the gigantic dummy of Ravana, which is approximately 72 feet. These fairs continue till the start of Diwali.

In my perspective, Gujarat uniquely celebrates Navaratri. Maybe this is the most widespread version of Celebrating Navaratri. Worshippers in Gujrat perform nine days of fasting to honour the nine different incarnations of Devi Durga. Women dedicate their prayers to a clay pot every nightfall.

And here comes the most exciting part, which is called Garba Raas. It is a traditional style of dance performed by devotees around the statue of Devi Durga. The word Garba signifies life inside a womb.

People of Andhra Pradesh celebrate Navaratri as Bathukamma Panduga. Women of Andra Pradesh worship the Goddess Gauri so that she can bless them with marital bliss. Unmarried girls worship mother Gauri and ask her for a partner of their choice. On the last day of the commemoration, they immerse the statue of Goddess Gauri in a river.

In Tamil Nadu, devotees worship not only Durga but also Laxmi and Saraswati. In some parts of the state, people also observe Ayudha Puja on the last night of Navaratri. They worship not only Goddesses but also the Farming apparatuses, gears, files, melodic instruments, equipment and automobiles along with Goddess Saraswati.

Karnataka state celebrates Navaratri as Mysore Dasara. They are following the same rituals left by King Wodeyar in 1610. On the ninth day of Navaratri, they set out a procession with the throne of the sword and worship it. On the last day of the festival, they set out another procession for Chamundeshwari, another form of Goddess Durga.

People of Kerala only celebrate Vijay Dasham, the last day of Navaratri by decorating 108 Durga temples around the state. On this occasion, they revere the Deity Saraswati and learners place their books before her statue for two days. They also offer some other things like sugarcane and jaggery.

This festival of Navaratri might be observed in different manners in different parts of India, but all the people share the same value. They honour the victory of Devi Durga and also worship the other gods so that they can live a blissful life. So, This is resembling the cultural and religious unity of the people of India. Everyone should come forward and contribute to making India better.