History Behind The Independence Day of Sri Lanka

Sri Lanka has quite a peaceful independence movement. It gained independence in 1948 but was under British Dominion. In 1972 this country turned into a republic and was named the Republic of Sri Lanka.

He was the legal head of state as Queen Elizabeth’s governor. In 1972 Dominion of Ceylon turned into the Republic of Sri Lanka. Sri Lanka’s earliest president was William Gopallawa. He replaced the governor’s rule by dismissing dominion ruling. 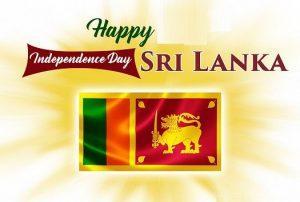 There also held a flag hoisting ceremony. The President of Sri Lanka hoisted the flag in the capital city Colombo and gave a speech on television for all people of the nation. Before any official ceremony there held a religious prayer in every religious community.

In the presidential speech, the president acknowledges the achievement of government throughout the year, talks about important issues, and briefs the people about further development. He recalls all the leaders behind the independence of Sri Lanka and observes two-minute silence in memory of them.

Followed by the speech of the president, there take place military parades and a showcase of the power of the Sri Lankan Army, Navy, Air Force, Police, and Civil Defense. There also occurs singing and dancing performances to showcase cultural unity.

The president of Sri Lanka Gotabaya Rajapaksa issued a message on the occasion of Independence Day. He said “I have the vision that I must serve as the leader of the country looking after all citizens rather than serve as a political leader concerned only about a particular community. As the President today, I represent the entire Sri Lankan nation irrespective of ethnicity, religion, party affiliation, or other differences”

Later he shared his planning for the future of the country by saying “I am committed to working towards fulfilling the needs of the people of this country. That is my responsibility and my duty. I do not envisage public officials, lawmakers, or the judiciary to impede my implementing this commitment.”

In the end, he mentioned our responsibility towards our country and added “We must always respect the rule of law. The public will get real freedom only when the law is fairly and equally applied. We have many challenges ahead of us. We need everyone’s support for the efforts taken by the government to overcome them.” 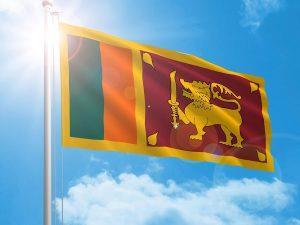 Below are some Facebook statuses, SMS, and wishes for you and your friends and family to celebrate this joyous moment of Independence Day by wishing each other.

Sri Lanka had to go through a long history to be a republic country. The power transfer may be peaceful but independence was not gained in one day. Our leaders behind independence deserve acknowledgment and respect. We the people of Sri Lanka honor them on our Independence day.

We have to make sure of the peaceful country Sri Lanka dreamt of. No extremism or terrorism should be tolerated here. Sri Lanka is the homeland of every religion. Where everyone can think freely and live with freedom.